SVN Lotus, which recently announced that it has changed its name to SVN Commercial Partners (SVNCP), has again sold the 560-acre tract, which extends from Interstate 75 to Tamiami Trail in Punta Gorda, Florida.

The sale is not only the second transaction for SVN Commercial Partners on this site, which previously sold the site in 2017, but SVNCP also consulted on both the entitlement and the acquisition of density to the property dating back to 2014. Additionally, SVNCP has represented the Seller on 5 other transactions across the State of Florida in recent years.

The Buyer, Greenpointe Developers, LLC,  is planning to develop a new recreation-rich, age-targeted community that will include resort-style amenities. The community will consist of 1,389 total units. Development plans for Phase 1 include 344 home sites and community amenities. Construction is anticipated to begin in 2022 with pricing from the high $200s.

“We are pleased to add our new Charlotte County development to our portfolio,” said GreenPointe Developers President Grady Miars. “Our firm has an unparalleled reputation for integrity, innovation, vision, and results in the creation of communities known for recreational, residential and commercial value.”

The Seller, Tuckers Pointe I Limited Partnership, has retained +/-58 acres of land which can used for up to 300 units of density for multi-family as well as a myriad of commercial uses. 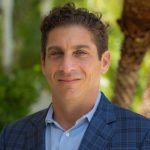 “I am honored to once again be involved in the sale of this tract of land,” stated Ashley Barrett Bloom, SVNCP Managing Director and National Land & Development Services Product Council Chairman. “It will be exciting to see a master planned community with amenities after almost 8 years of working on the project.”

The sale represents the second transaction between the two parties since July of 2020. Previously, the two groups transacted LTC Ranch in St. Lucie County for $30 million. That tract of land is approximately 2,055 acres and approved for 4000 units. The history of working together between the two groups provided for a smooth transaction despite some complicated entitlement and developer agreement issues. “Having a complicated transaction can create challenges between Buyer and Seller,” stated Senior Advisor Ron Zeigler, “It was great to bring these parties together again and see them close almost $47 million of land in these last two transactions.”