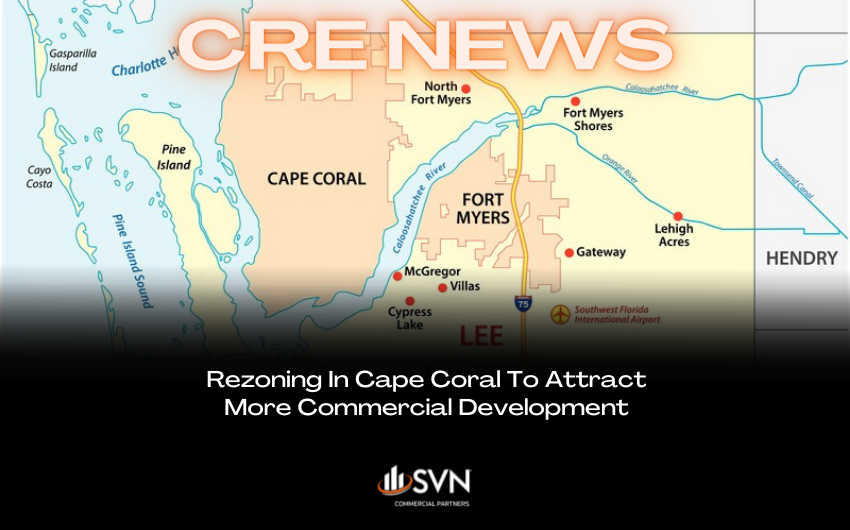 Cape Coral leaders are concerned the city’s commercial development is being outpaced by its fast-moving residential market. The question as to how residents will have all their needs met without having to travel too far from home was posed during last Wednesday’s city council meeting.

The site is four parcels in southwest Cape Coral, with one home developed on the property. There is some land under contract or jointly owned that goes along with this site.

There is commercial corridor zoning to the north and to the west of the site, with Lee County’s zoning to the south and some to the east.

Chad Boyko, principal planner for the city, said switching to commercial corridor from agricultural in the area is consistent with the land development code and the Pine Island Road district. He said the rezoning will be compatible with the area, as there already are many commercial or mixed-use developments along the road.

The second request came from multiple applicants and owners at the southwest corner of Pine Island Road and Veterans Parkway, requesting the rezoning of 24.33 acres.

The site consists of four parcels, two of which are undeveloped, with one parcel developed as a church and another as a nursery. The surrounding zoning consists of commercial corridor, as well as single-family residential.

Both rezones will allow for commercial, multifamily or mixed-use development on sites recently annexed into Cape Coral. The city will provide sewer service, while the Greater Pine Island Water Association has the authority to provide water service.