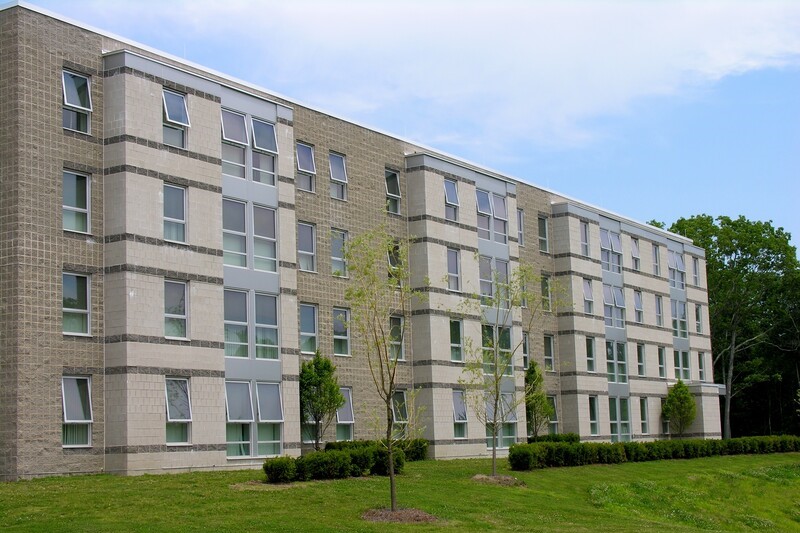 People’s Park, a Berkeley institution since then-Gov. Ronald Reagan called in the National Guard to quell protests there five decades ago, may be the epicenter of a national student housing crisis that has real estate giants like Blackstone on the prowl.

After years of back-and-forth, the city and the University of California, Berkeley agreed in March to relocate the park’s homeless encampment to allow for student housing — the original reason the university bought the land in 1967. The 1,100 new beds are sorely needed: Berkeley long ago ran out of room for its students, and now can house only about a fifth of its population of 45,000. That’s the lowest proportion in the U.C. system.

It’s a town-gown conflict with ramifications across the nation, from New York’s Yonkers, where tiny Sarah Lawrence College rented a hotel last fall to house students, to U.C. Santa Barbara, where Warren Buffett’s right-hand man, Charlie Munger, is trying to tackle a housing crunch by designing an almost windowless dorm.

Investor Interest
As with any crisis, it’s also a money-making opportunity. Landmark Properties, whose 55,000 student beds across 30 states make it one of America’s top 10 student housing managers, said in March it formed a $1 billion venture with a unit of the Abu Dhabi Investment Authority to buy and operate student housing properties that haven’t reached their full potential value. That’s just an initial target for Landmark, based in the University of Georgia’s hometown of Athens, and the authority, which managed about $830 billion in 2020.

It was the second time in less than a year that Landmark joined forces with an institutional investor. Last August, Landmark and Blackstone Group, which operates a $280 billion real estate business, formed a $784 million joint venture to buy and recapitalize an eight-property, 5,400-bed portfolio. Brookfield Asset Management, which oversees $690 billion, in November formed a partnership with Scion Group, a private student housing owner-operator, to buy a 27-property portfolio with more than 17,000 beds, marking Brookfield’s first U.S. bet on student housing, Bloomberg reported.

University and college enrollments keep rising, though they dipped during the pandemic, and the off-campus housing sector generally doesn’t track the economy, making it a “phenomenal diversifier in a commercial real estate portfolio,” said Fred Pierce of San Diego’s Pierce Education Properties. Since 2007, the company has acquired more than $1 billion in student apartments, totaling almost 27,000 beds, near big-name institutions like Michigan State University, Iowa State University and the University of Florida.

Investor optimism is fueling record pricing. A joint venture of Chicago’s Core Spaces, a residential developer, and Harrison Street, an investment management firm, paid $21.5 million in January for about a third of an acre across from U.C. Berkeley. The seller had the city’s permission to build a 232-bed, 87-unit student housing project, meaning the partnership paid more than $247,000 per unit to take control of the site. That surpassed the previous record by 26 percent, according to a January news release from CBRE, which represented the seller.

First-year applications to schools with populations of at least 10,000 that admit fewer than half of candidates rose 11 percent by March 2021 compared to 2019 and 2020, even as overall U.S. undergraduate enrollment dropped by almost 7 percent between 2019 and 2021. Room and board costs, in the meantime, have risen steadily in the past decade, in part due to surging home prices.

Some selective schools have done a better job than others of keeping those costs under control: U.C. Berkeley had a 12 percent increase in annual room and board fees from 2009 to 2019, to about $17,200, while such fees jumped 37 percent to almost $12,900 at the University of Maryland, College Park, which has about 5,000 fewer students, according to the Chronicle of Higher Education.

Rents for properties in Berkeley similar to the one Core Spaces has planned have reached as high as $14 a square foot a month. When CBRE’s Keith Manson, who helped broker the Core-Harrison deal, was marketing apartment project sites for sale in the “best areas” of Oakland and Berkeley in 2019, “people would underwrite four-and-a-half bucks a foot,” he said. “This is pretty unique.”

Back To School
Strong enrollment demographics at top-tier universities as new private dorm supply is at the lowest in more than a decade means it’s a “highly attractive supply-demand environment” for student housing, Bill Bayless, CEO of American Campus Communities, said on an earnings call in February.

Shares of the Austin-based company, which manages more than 200 U.S. student housing properties, ended 2021 at an all-time high of $57 and have hovered at about that level since then, even after the company’s net income fell by more than half last year to $36 million.

“If you’re a pension fund or a life insurance company and you’re going to invest across commercial real estate, it makes sense for you to be looking at some of these niche asset classes,” Pierce said.

While the market’s outlook is bright for investors, it’s anything but that for students. Of the almost 200,000 two- and four-year university students who responded to a national survey last year, 14 percent said they had been homeless in the past 12 months.

The caveat: The respondents represented 1 percent of the total population of students, and colleges and universities aren’t required to keep track of homeless students. The latest federal data, which found that at least 56,000 college students were homeless, dates back to 2015. In addition, colleges have plenty of reasons why they can’t or choose not to guarantee housing for all enrollees, including the availability of developable land, the affordability of the residential market and class sizes.

In any event, the problem is undeniably dire. In August 2018, a month before the start of the fall quarter, U.C. Santa Cruz emailed about 6,000 faculty and staff members, asking them to open their homes to incoming students, the Chronicle of Higher Education reported. The university offers on-campus housing to about 9,300 students, half its population and the highest proportion in the U.C. system. That leaves the other half to find living quarters in the pricey area.

While U.C. Santa Cruz wants to add 2,100 on-campus student beds, it’s been hampered by two lawsuits filed by local groups. Many new and returning students were struggling to find affordable housing options in the weeks before the start of the current academic year.

‘Band-Aid On A Bullet Wound’
In Berkeley, the multifamily residential development pipeline is bustling after decades of sitting idle. Developers have filed plans with the city for more than 500 new apartments over the past six months alone, more than half of them near U.C. Berkeley’s campus.

“The shortage has been a self-inflicted wound because, for many years, it was impossible to build anything in Berkeley,” said developer Patrick Kennedy, who’s lived in the city for 36 years and has built more than 500 apartments there since 1998.

U.C. Berkeley Chancellor Carol Christ vowed in 2018 to build 7,500 beds over the next decade, spread across People’s Park and nine other sites. Even if that target is met, it’s still only partway to achieving its housing goals, as university officials acknowledge.

Some higher-ed institutions, seeking a temporary solution to their long-term housing problems, have been putting their students up in nearby hotels. It’s an approach that one University of San Diego sophomore likened to putting a “Band-Aid on a bullet wound” in an interview with news outlet CalMatters last year.

That’s what happened to Alexandra Farr, a student at Sarah Lawrence College, which has just 1,700 students. The school put her and about 100 others in a Hyatt Place about a 20-minute walk from campus last semester, even after Farr submitted her housing application and deposit on time. Some 4,500 students applied last year for about 400 freshman slots, a record number that was up 20 percent from the previous year.

“There was a shuttle to and from the hotel and school, which was not that reliable,” said Farr, who grew up in Australia and is majoring in liberal arts and concentrating in music and Chinese. “I would usually go to school with all of my books for that day and not come back until it was dark.”

For the upcoming school year, she’s looking to live with seven friends in a converted house on campus. Because of her semester-long stay in the Hyatt, she’ll get to choose her housing two days before the selection process opens to most of the student body on April 16.

“Will it be the house that I want? Probably not,” the sophomore said. “Will I be housed? Probably.”