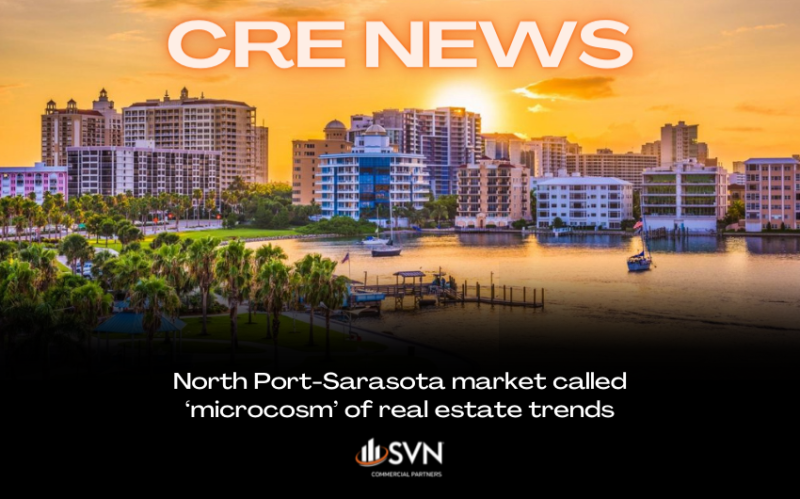 SARASOTA, Fla. (WFLA) — The third fiscal quarter is over and the number of homes for sale is increasing. Redfin, a real estate company that tracks home sales and construction, said the number of new homes built to meet the housing demands of the United States have gone up 29%, for a record high.

America’s 29% new homes built from July to September is a 25% increase from the year before, when just 4% of homes were newly built to purchase. Of the areas that had the most homes built for those moving in or around, the North Port-Sarasota metropolitan area was in the top 10. While the top area for new homes built and sold in the third quarter was El Paso, Texas, the Sarasota area was ranked No. 6 in the U.S.

“The southwestern Florida metro was consistently one of the top migration destinations during the pandemic because it offers relative affordability and sunshine,” Redfin reported. “That caused home prices and construction to surge.”

According to the company’s data analysis, building permits in North Port rose 68% in 2022, while the prices themselves went up 21%.

“Because it heated up so much during the pandemic, it’s now one of the fastest cooling markets,” Redfin continued. “That’s causing many existing homeowners to hold off on listing, which is causing listings of newly built homes to take up an even larger share of the market.”

While the North Port-Sarasota market was in the top 10, other areas in Tampa Bay weren’t far behind. Lakeland in Polk County ranked 13th, while Tampa rounded out the top 30 areas in the country with how many new homes were built and sold from July to September.

The affordability question comes as a continued refrain, following repeated interest rate increases by the Federal Reserve and a mortgage rate that, as of Thursday, remains over 7% for 30-year fixed rate mortgages, according to Freddie Mac, a federally-backed mortgage company.

“As the housing market adjusts to rapidly tightening monetary policy, mortgage rates again surpassed seven percent,” Sam Khater, Freddie Mac’s Chief Economist, said. “The housing market is the most interest-rate sensitive segment of the economy, and the impact rates have on homebuyers continues to evolve. Home sales have declined significantly and, as we approach year-end, they are not expected to improve.”

Housing remains a large economic concern for Americans. The U.S. Bureau of Labor Statistics reported the latest Consumer Price Index on Thursday. The CPI report said one of the largest contributors to cost increases was shelter prices, followed by food and gasoline.

“The index for shelter contributed over half of the monthly all items increase, with the indexes for gasoline and food also increasing,” BLS reported. Additionally, in just the month of September, the shelter index increases 0.8%. BLS said that was the largest single month increase since August 1990. Rental costs increased 0.7% while the owners’ equivalent rose 0.6%, slightly less.