No Lots? No Problem: Developers Turn Retail Into Rentals 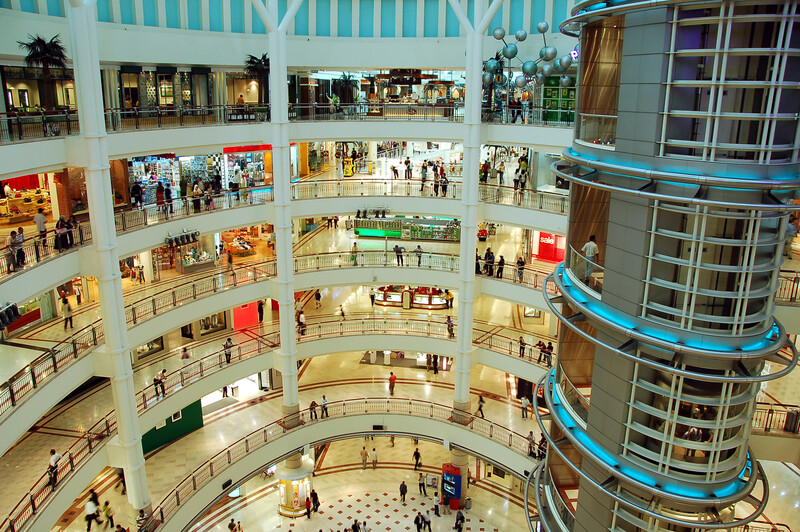 Experts agree: the multifamily market is on fire.

Rents have exploded nationally as demand for apartment-living soars. And no region has seen greater growth than the Sun Belt, where rents have jumped 22 percent in a year, versus 17 percent nationwide, according to Realtor.com.

But developers looking to cash in on that demand face a scarcity of buildable land.

Not to be deterred, crafty firms are turning real estate’s lemons — retail stores and movie theaters that shuttered during Covid — into multifamily lemonade. A growing crop of adaptive reuse projects aim to replace defunct malls and department stores with residential construction.

Paul Doocy, co-head of financial consultancy CP Capital, is one of the advisers elbow-deep in those growth-market projects. While his firm’s scope is national, Doocy said his work lately has been concentrated in Southern suburbs where demand is highest and land is hard to come by.

“The infill suburban lots, the ones that are zoned and ready to go, are just gone,” said Doocy.

Cities are no stranger to this problem. The prioritization of office buildings over apartments and NIMBYism have stymied multifamily rezoning for decades, said Steve Lehr, managing director of the CBRE Land Service.

But when the pandemic hit and renters converged on suburban space across the South and West, demand for rentals overwhelmed existing pipelines.

Last year, multifamily construction starts nationwide hit a high last seen in the mid-1980s. Nearly 17 percent more apartments came online last year than in 2019, according to Statista. And nearly one-third of those units are concentrated across the Sun Belt.

A Yardi Matrix ranking of the 10 cities with the most multifamily units underway included Dallas-Ft. Worth, Phoenix, Los Angeles and Miami.

At the same time, Lehr said city agencies tasked with approving rezonings were crippled by the pandemic, delaying the approval of available sites. He said agencies will be hard-pressed to catch up with the demand.

But the pandemic has created opportunities for multifamily development as well. Thousands of retail and entertainment spaces have shuttered and could be repurposed.

From 2020 to 2021, more than 13,000 U.S retail stores closed their doors, according to Coresight Research data reported by CNBC. About 750 anchor spaces in the 1,000 malls tracked by analytics firm Green Street are empty, the New York Times reported. And as of December, 1 in 10 movie theaters had shut, Bloomberg reported.

For multifamily developers put off by the shortage and rising price of open land, those vacant spaces are ripe for investment.

“You’ve got this decline in the best-use land meeting up with the increase in rents and prices that people can afford to pay for multifamily lots,” Lehr said. “So the [adaptive reuse] trend is not purely a function of multifamily expansion; it has something to do with retail’s contraction.”

That’s where Doocy comes in. When helping developers pick locations to raze and build, the adviser looks for previously populated buildings in attractive locations.

For that reason, malls are great candidates for apartment projects. They are often in bustling neighborhoods, close to jobs for potential residents. And they are easy to build on and not likely to have subsurface contamination as industrial properties often do.

“You probably have a nice slab that you’re working with,” Doocy said. “It’s a site that’s not going to have any problems.”

By comparison, building on a farm field or former gas station involves clearing the land of any chemicals. Still, such projects have been done.

From the outskirts of Phoenix to Atlanta to the suburbs of Los Angeles, defunct malls are getting the rental treatment. Many redevelopments, such as that of Paradise Valley Mall outside of Phoenix, are mixed-use.

After Paradise Valley lost three of its anchor tenants during Covid, the owner sold a majority stake to RED Development. The new landlord leveled the site last July and plans to construct a 400-apartment building to open in 2024 alongside a Whole Foods and several restaurants, AZ Big Media reported.

Doocy said even if a mall still has viable retail, abandoned department stores can be good spots to build. Last year, Houston-based developer Morgan Group won a land use change to construct 356 apartments at a former Macy’s north of Fort Lauderdale.

The biggest hurdle to going vertical, Doocy said, is rezoning.

“The question is: Is the city comfortable having apartments go there?” Doocy said. “What does that do to traffic? Is there NIMBYism?”

Suburban homeowners routinely oppose multifamily projects, citing concerns about traffic, crime, school overcrowding, property values and changes to neighborhood character. An undercurrent of racism is not uncommon, as apartments are associated with people of color more than single-family housing is. Local resistance can deter localities from approving the rezoning that such projects often need.

Some states are looking to bypass those snares by speeding the approval process for multifamily reuse. Last year, the California Senate introduced a bill that would allow commercial properties to be used for multifamily housing if a certain percentage of units are affordable. But such statewide measures are often derailed by local opposition.

Still, projections for the adaptive reuse market show developers have no intentions of slowing down. CCIM Institute forecast that the redevelopment of retail centers and malls would be the “most impactful trend” from 2021 through 2025, according to an Avison Young report. Three of the five states expected to see the greatest contraction of retail — Florida, California and Texas — are in the Sun Belt.