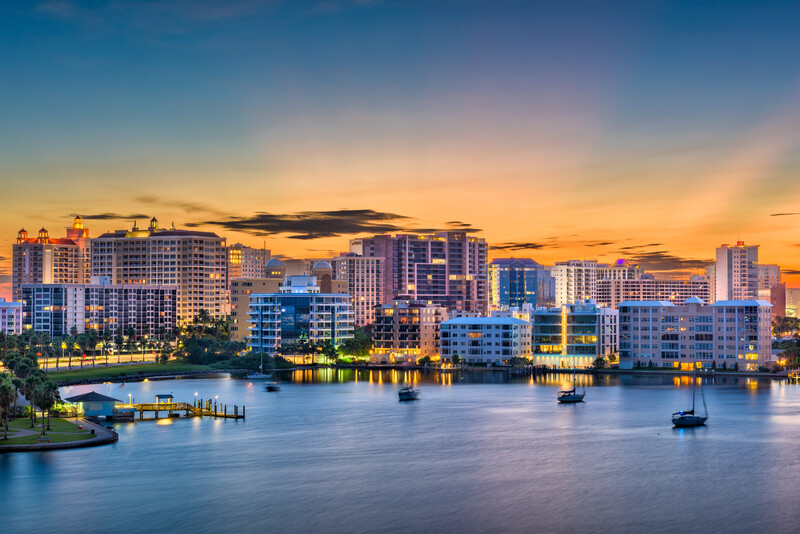 National moving company PODS has put Sarasota at the top of its rating of the country’s most desirable locations.

Sarasota had the highest ratio of move-ins verses move-outs of PODS customers from January 2021 to March 2022, beating out Dallas-Fort Worth, Nashville and Tampa, according to a news release on the PODS data.

“Sarasota, Florida, saw the highest number of move-ins during 2021 and, so far, in 2022. Growth in this southwestern Floridian city was enough to bump it up from fifth to first place on this year’s list of Top 20 Growing Cities in the U.S.,” the report said.

The Herald-Tribune has been reporting for months on Sarasota’s red hot housing market, in which housing values have shot up by about 30% and rent prices have increased faster than anywhere in the country, according to national reports.

California spots among areas that had more customer move-outs

The most recent moving analysis by PODS showed that areas that had more customer move-outs compared to move-ins were in high-cost markets, largely in California.

“California is home to three of the top 10 cities with the highest exodus of residents in 2021 and so far in 2022. In fact, the top two spots on the list are both in California — and, together, sport a total loss that’s nearly equal to the loss from the eight other cities on the list combined,” the PODS report said.

The two California cities with the highest number of move-outs were Los Angeles and the San Francisco region.

Other locations mentioned as areas where more people moved from than moved to were: Chicago, Long Island, Seattle and Washington, D.C.

While PODS data represents a fraction of the total moves that occurred over the time period, Sarasota was also recently included in the Wall Street Journal’s top emerging markets.

That list was determined by analyzing Realtor.com “key housing market data, as well as economic vitality and lifestyle metrics, to surface emerging housing markets that offer a high quality of life and are expected to see future home price appreciation.”

The North Port-Sarasota-Bradenton metro area was ranked as the number three emerging housing market in that Wall Street Journal/Realtor.com report behind Rapid City, South Dakota, and Santa Cruz-Watsonville, California, and ahead of Santa Rosa, California, and Naples-Marco Island, Florida.