Multifamily Lending To Slow Down For The Rest Of This Year 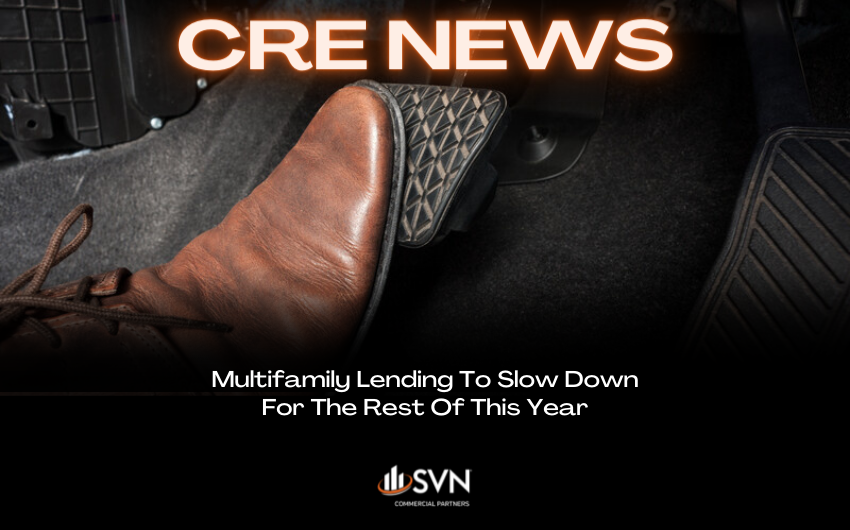 The organization released a new baseline forecast that projected a much slower second half of the year, with total commercial and multifamily financing to fall by 18% from $891 billion in 2021 to $733 billion in 2022.

But the MBA expects this will be a hiccough, with borrowing and lending to rebound in 2023, hitting $454 billion in multifamily and $872 billion overall. Still not what we saw in 2021, but strong.

“The rapid changes taking place across space, equity, and debt markets are having a significant effect on commercial and multifamily real estate transaction volumes,” MBA vice president for commercial real estate research Jamie Woodwell said in prepared remarks. “After a record start to the year, we expect that the rise in rates, ongoing uncertainty about supply and demand balances among some property types, and concerns about the direction of the economy will suppress new loan originations in the second half of the year.”

But as the expectations for 2023 demonstrate, the group sees most CRE activity as strong, “with significant increases in the incomes and values of many properties in recent years. These factors are why MBA expects loan demand to begin to bounce back in 2023 and 2024.”

And that may be. But it’s also not the only concern on the horizon, though that may be putting it too strongly. For example, during the company’s recent quarterly earnings call, Prologis CEO Hamid Moghadam called the last couple of quarters for the logistics and warehousing company as a 12 or 13 out of 10. “And I think this quarter, there may be 9.5 to 10,” he said. Great performance, but when markets have been experiencing extraordinary, unusually good can seem tame by comparison.

As Woodwell also said, the real gating factor and test will be the economy. “Should the economy enter a recession, which—if it were to happen—would most likely come in the first half of 2023, commercial and multifamily borrowing and lending would likely be further constrained,” he said.

That’s unless there’s already a recession, as nearly real-time analysis from the Federal Reserve Bank of Atlanta has suggested, with a GDP slowdown in the first quarter of 2022 followed by what seems to be another drop in the second quarter. Two consecutive quarters of negative GDP growth isn’t the definition of a recession, but it’s considered a rough rule of thumb.