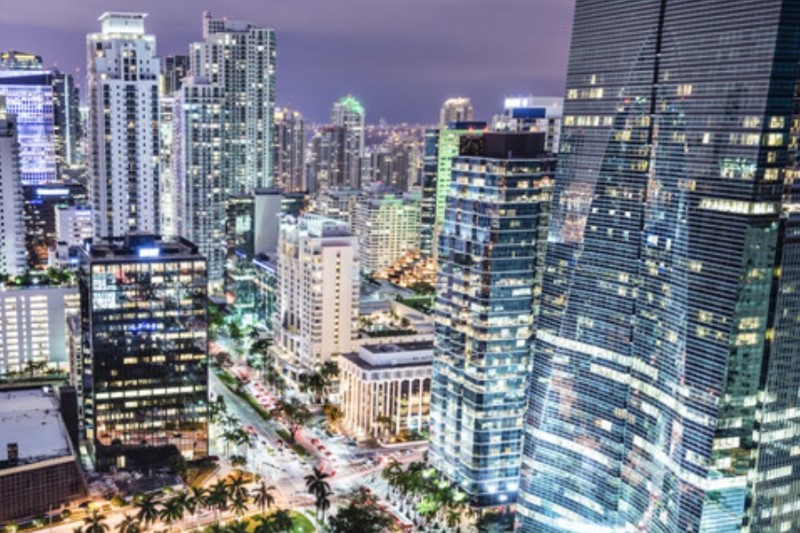 The Melo Group has dropped $105 million in cash for a full block in the heart of Miami, posting a handsome return for the seller and setting a new benchmark for the neighborhood.

The developer plans to redevelop the lots, assembled over decades by private investor James Goldstein, and build four 60-story residential buildings, according to brokerage Avison Young, which represented Goldstein.

The three-acre property, located at 1700 Biscayne Boulevard, stretches between NE 17th Street and NE 17th Terrace in Edgewater, just north of the Arts & Entertainment District. The Fort Lauderdale-based seller assembled the land over two decades beginning in 1999, paying a combined $8.2 million, according to property records.

The “sale marks the highest price per square foot for any non-waterfront property in Miami’s Arts & Entertainment District and the second-highest in Edgewater,” Avison Young’s Michael Fay, who represented Goldstein and announced the sale, said in a statement.

The block is currently home to a Burger King, a two-story mixed-use commercial building, a house converted to commercial use, and vacant parcels. The block is in an opportunity zone, a federal program that grants tax exemptions to distressed properties in return for development projects.

The Melo Group, led by father Carlos Ferreira de Melo as well as sons Martin and Carlos Melo, plans to build four 60-story apartment towers with a retail component, according to Avison Young. Representatives for the developer did not immediately respond to a request for comment.

The Melo family, originally from Argentina, is known for developing residential properties throughout the greater Downtown Miami area. The group has completed more than 6,000 condominium and rental units since 2001 and has another 2,000 units in the works, according to the firm.