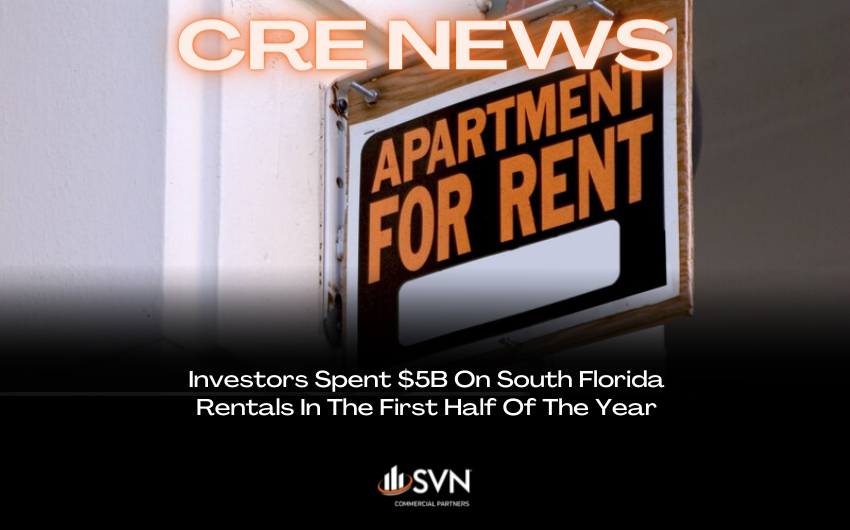 Investors spent $5 billion on South Florida multifamily properties in the first half of the year, the second-highest total on record, according to Cushman & Wakefield.

It could be secure in that spot for some time: Demand in the area’s rental market is showing signs of slowing, despite continued rent growth in Miami-Dade, Broward and Palm Beach counties. Cushman’s mid-year South Florida market update shows that the vacancy rate plateaued in Miami-Dade compared to the same period last year, and was higher in both Broward and Palm Beach.

This year’s $5 billion in sales trails only the second-half of last year, when investors shelled out $5.7 billion for multifamily properties. South Florida saw a record $11.4 billion in multifamily sales last year altogether, more than double the previous high of $5.5 billion set in 2016.

Multifamily investors continued to pull the trigger, despite rising interest rates and slowing demand, as rents continued to rise amid an ongoing influx of new residents to the region, the report states. On a per-unit basis, investors paid record prices in all three counties. In Miami-Dade, multifamily assets sold for an average of $345,000 per unit. In Broward, it was $300,000 per apartment. In Palm Beach, $379,000.

In the most expensive submarkets, including Aventura, Coral Gables, Fort Lauderdale and Boca Raton, monthly rents average more than $2,500, according to the report.