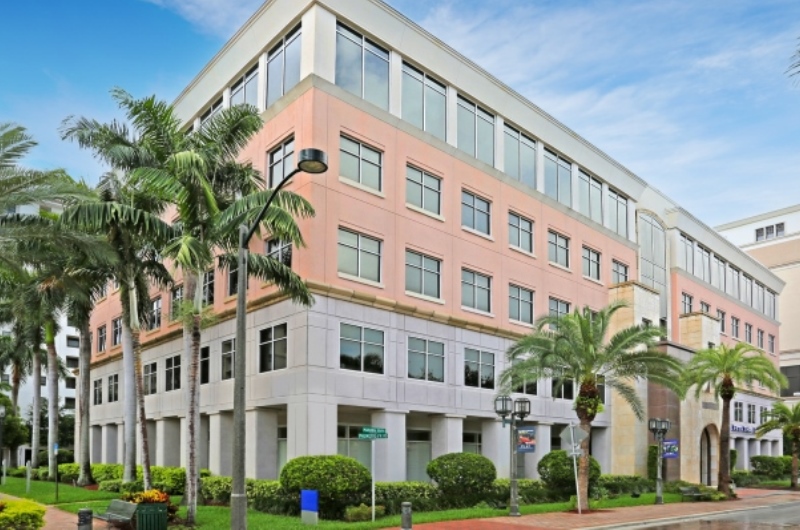 Having earned the reputation in Florida and the southeastern U.S. for reimagining infill office properties in prime locations, Grover Corlew plans to invest in Palmetto Park City Center with upgrades to tenant space, common areas, landscaping and the façade.

Located at 120 East Palmetto Park Road, Palmetto Park City Center is a five-story, Class A office building that sits adjacent to the 109,497-sq.-ft. Bank of America Tower, purchased by Grover Corlew in July 2021.

Less than a year after acquiring the eight-story Bank of America Tower, Grover Corlew has already made major strides toward revitalizing the property. During that time, both tenant occupancy levels and rental rates have risen by 30%. A high-end and well-known restaurant has also signed a 7,800-square-foot lease and will open on the ground floor later this year. Plans are also underway for substantial renovations and development of the Bank of America Tower, which will take advantage of the building’s significant retail frontage along the burgeoning East Palmetto Park Road.

“We have been making continuous investments in Boca Raton since 2016 when we originally purchased 1499 West Palmetto Park Road and subsequently purchased the adjacent 1489 building,” said partner Mark Corlew.  “Our headquarters are here, and we’re raising our children here. We see these two properties as an ideal opportunity to invest in our hometown.”

Originally built in 1996, Palmetto Park City Center is located in the heart of downtown Boca Raton, with direct access on Palmetto Park Rd and just east of US-I.  The property is within walking distance of Mizner Park, is less than a mile from the Boca Raton Resort & Club and is within close proximity to Royal Palm Place, countless restaurants and shops, and the soon to be completed Brightline station. The building was awarded an Energy Star label in 2015 and features a renovated lobby, lush landscaping and ample covered and free surface parking.

“Because of their recent purchase of the adjacent building, Grover Corlew was uniquely positioned to benefit from scale and synergy that buying 120 E. Palmetto Park provides,” said Dominic Montazemi of Cushman & Wakefield.

In November 2021, Grover Corlew sold Sabre Centre I, a Class A office building also located in Boca Raton, after investing significantly in common area and tenant upgrades while re-tenanting the building in its entirety. The building received considerable attention when Gift of Life, a bone marrow and stem cell registry, moved its corporate headquarters there.

“This is a strategic move for us as we continue to set our sights on underrealized areas of South Florida,” noted partner Anuj Grover. “This stretch of the East Palmetto Park corridor has tremendous long-term potential as a lifestyle friendly location to do business. We look forward to repositioning and rebranding this exceptionally well-situated property.”