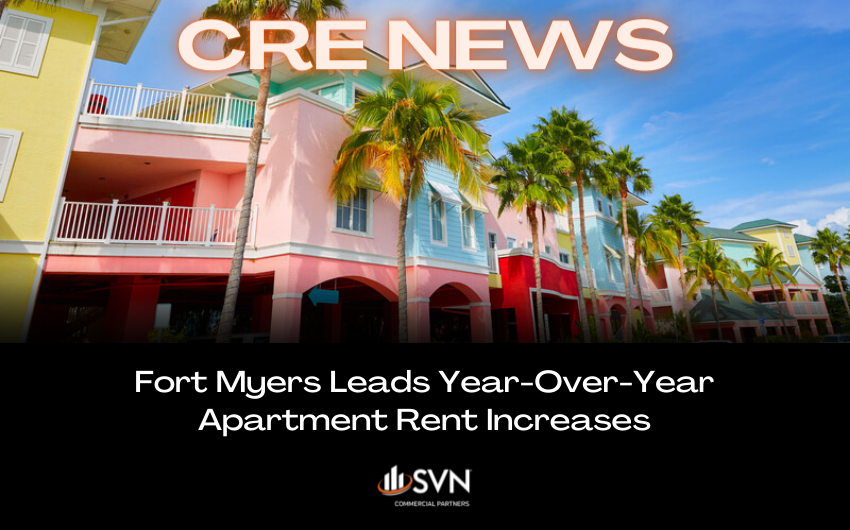 Eight of the top 10 markets with the biggest year-over-year rent increases are in Florida, with rents on the state’s west coast posting some of the highest increases.

That’s according to an analysis of 107 rental markets by researchers at Florida Atlantic University, Florida Gulf Coast University and the University of Alabama, who say Florida has developed a severe affordability problem. The average rent in Fort Myers was $2,073 in April, up a whopping 32% year over year. That’s also the nation’s largest rent increase.

“For some people, renting was the only way they could afford to live in Florida, and now that’s becoming a burden, too,” said Ken. H. Johnson, Ph.D., an economist in FAU’s College of Business. “I think you’ll see more renters take on roommates and cut back on eating out because it’s either that or they won’t be able to pay the rent.”

Rent premiums were highest in metro Miami (22.07%), which includes Miami-Dade, Broward, and Palm Beach counties.  The average monthly rent in the Miami region hit $2,846 in April, though historical leasing figures indicate the average should be $2,331.

The Miami region has been particularly impacted by the challenge of finding available property to develop, according to the research team.  They also say Florida has been “hammered” by spiking rent due to pandemic-era demand increases and rising materials costs.

Just two of the top 10 markets are outside Florida: #4: Sierra Vista, Arizona, and #7: Knoxville, Tennessee.

“The way out of this is to add more rental units to the marketplace,” said Bennie Waller, of UA’s Alabama Center for Real Estate. “But it’s just not realistic to expect a bunch of new projects in the near term, given the supply chain problems and the often slow pace of government approvals facing developers before they can put a shovel in the ground.”

The multifamily sector is in a “can’t stop, won’t stop” phase of historic growth, according to analysts at YardiMatrix. But a conflation of factors is leading those economists to suggest that the growth streak is set to slow soon: “Deceleration is anticipated any month now, due to economic contraction, surging inflation, interest rate hikes and ongoing supply-chain issues,” they note.

Most of the multifamily rent growth Yardi observed last year was driven by affordable secondary markets, including the Phoenix, Tampa, Jacksonville, and Orlando areas.  Yardi predicts those Sun Belt regions will continue to see rent increases though at a more sustainable rate than in 2021. Southeastern US cities also rank high on Yardi’s 2022 rent forecast, led by Tampa (6.6% growth), the Southwest Florida Coast (also at 6.6%), Raleigh-Durham (6.5%), Atlanta (6.2%) and Orlando (6.1%).