Florida’s Rent Control Initiative Is Being Resisted By Landlords 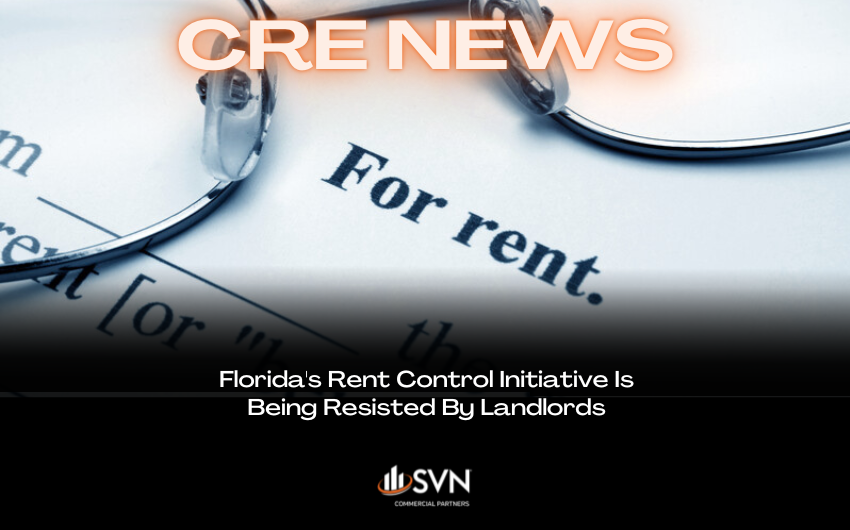 Ballots have yet to be printed, but already a group of apartment managers, landlords, and real estate agents in the Sunshine State want to prevent voters from voting on a measure that would implement rent control for a year in Orlando, one of the fastest-growing metro areas in the country.

The Florida Association of Realtors and the Florida Apartment Association sued Orange County, Florida, last week in an attempt to undermine a ballot initiative aimed at limiting how much landlords can increase their rent prices. If passed in the fall by voters, it would be the first time such a measure is approved in Florida in decades.

The associations believe that Florida law prevents rent control ordinances except in an emergency situation, and the current situation in the county that is Florida’s theme park hub does not rise to that standard. They also say the ordinance could unintentionally make the situation worse by discouraging the development of new housing and apartment complexes.

“It is adverse and antagonistic to the public interest and to the interests of the Plaintiffs and their members to allow the Rent-Control Ordinance to be placed on the ballot or enforced by Orange County where the Ordinance is unlawful and invalid,” the associations said in court papers.

Earlier this month, Orange County’s Board of County Commissioners hardly approved the rent control ordinance, which now lies in voters’ hands for approval in November. The ordinance limits any rent increases in multiunit buildings to the annual increase in the overall Consumer Price Index. The ordinance does not apply to single-family homes, luxury units, or vacation rentals.

Those who violate the ordinance can face fines of up to $1,000 per day for a first-time violation, with fines not exceeding $15,000 per violation. Landlords would have the opportunity to file an exception request to the limits under certain circumstances.

“For years, renters have been asking this commission to do something about the upcoming emergency we are in right now,” Stephanie Porta, a cofounder of the social justice group Florida Rising, said last month during a commission meeting. “Corporate landlords, real estate investors, and developers are raising prices and making record profits while hardworking Orange County residents are priced out of their communities.”

In the 1960s and 1970s, the city of Miami Beach imposed rent control measures before the Florida law limiting them was approved. Orange County’s ordinance would be the first in the state in decades. Rent control measures have passed in both Oregon and California, as well as in metropolitan areas such as Portland, Oregon, and St. Paul, Minnesota.