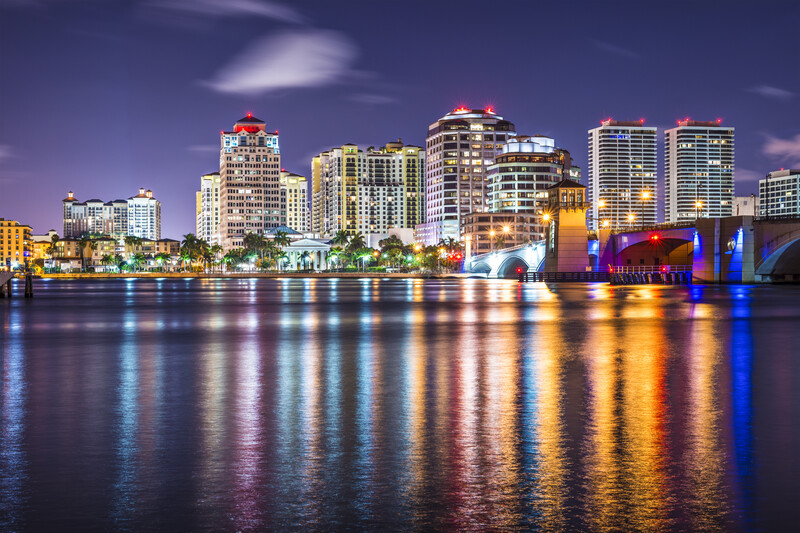 More than 1.6 million square feet of high-end office projects are in the pipeline in downtown West Palm Beach, and financial giants are ready to grab their piece of the Wall Street of the South.

In the past five years, 96 financial firms have established offices in Palm Beach County, with the vast majority landing in West Palm Beach’s central business district, said Kelly Smallridge, president and CEO of the Business Development Board of Palm Beach County. About half of those companies arrived during the pandemic.

And more are on the way.

“Our clients are coming down here, they’re buying homes in Palm Beach County and there aren’t enough Class A office buildings,” said Kenneth Himmel, president and CEO of Related Urban, a subsidiary of New York-based Related Cos.

The culmination of years of planning, promotion and development – coupled with a pandemic that sped up a migration of companies to South Florida – created a perfect storm that attracted finance juggernauts such as Goldman Sachs (NYSE: GS) and Elliott Management Corp. to West Palm Beach’s CBD. They are bolstering the city’s economy and raising its reputation as a financial-hub-in-the-making south of New York City.

“The area is evolving pretty quickly,” said Collin Roche, co-CEO and managing director of Chicago-based financial management company GTCR, which moved into an office in downtown West Palm Beach earlier this year. “There’s a lot of activity there, especially as some of the new businesses emerge.”

Himmel is bullish on the continued migration of financial companies to West Palm Beach from New York. After all, both he and Related Cos.’ Ross keep hearing from clients in New York that need more office space in the area.

“There’s not enough [offices],” he said.

The Related Cos. may construct an additional 3 million square feet of offices in the downtown area over time, Himmel added. It’s also proposing other projects that include apartments, retail and hotels, as are other developers.

Smallridge said thanks to “multiple stars aligning,” and an influx of the “working rich” to the town of Palm Beach and surrounding areas, there’s a momentum in downtown West Palm Beach that’s showing no signs of slowing.

“Investors and developers are seeing the opportunity in West Palm. They’re putting significant money here because they live on the island east of West Palm Beach,” she said. “So, why not put their money on this side of the bridge?”