CRE Investment Performance Has Been Sizzling 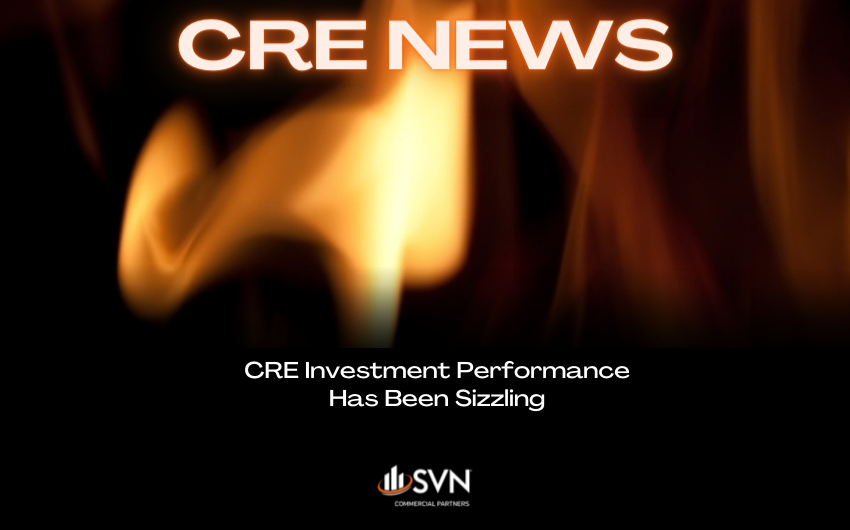 If you’ve been invested in commercial real estate, you’ve had a superb trailing four quarters—on average. But that depends on what properties your money sat. As for the future, that’s looking uncertain.

Aegon Asset Management, in its June 2022 US CRE market insights, gave the initial data credit to the National Council of Real Estate Fiduciaries (NCREIF) Property Index. For the four quarters that ended in March, try a 21.9% total return: income return of 4.2% and capital appreciation, 17.2%. That’s better than the previous 17.7% in 2021.

Aegon called it “a continuation of the extraordinary total returns produced during 2021.” Hard to argue with the wording. But, depending on the property type, things split out quite differently.

Industrial was on top with a total of 51.9%. Multifamily, which has been second mentioned by many in the field, saw 24.1%. But remove those standouts from the average and the returns of other property types didn’t have the pizazz. Retail only managed 7.1%, and office, 6.8%.

Time for a breath, because after “these stunning results … investors are eyeing the challenges above,” Aegon noted.

The big and immediate elephant in the room is the Federal Reserve’s response to inflation. The agency is trying to manage a double challenge in its mandate: cool inflation without sending the economy into a recession and setting unemployment numbers sailing.

But the ongoing strength of the jobs market, with roughly 2 empty jobs for every person looking, likely means, as Fed watchers are saying, a higher interest rate hike than the 50 basis points that had seemed to be in the cards. Back in January, Fed Chair Jerome Powell said at a Senate Banking Committee hearing, “If we see inflation persisting at high levels, longer than expected, if we have to raise interest rates more over time, then we will.”

With the increasing pace of inflation, there’s a strong chance that the Fed will raise its benchmark interest rate by 75 to even, yes, 100 basis points.

“Commercial mortgage lenders are absorbing some of the rate increase by squeezing spreads but borrowing costs are increasing albeit with ready availability,” Aegon wrote. “The increase will make it tougher for investors to hit performance targets if historically low borrowing costs had been assumed to continue indefinitely.”

A faster increase in interest rates could also set off a so-called hard landing, especially considering ongoing supply chain problems, the war in Ukraine, and ongoing Covid problems in some major manufacturing areas, like China.

Then there’s also uncertainty about whether companies will use office space the way they used to, what will happen in housing as prices continue to rise faster than household incomes, and how some big industrial space users are backing off from what had until recently been a warehouse acquisition mania. And, of course, if consumers are being hit in the wallet, retail will eventually share the pain.