CRE Investment Money Is On The Move Among States 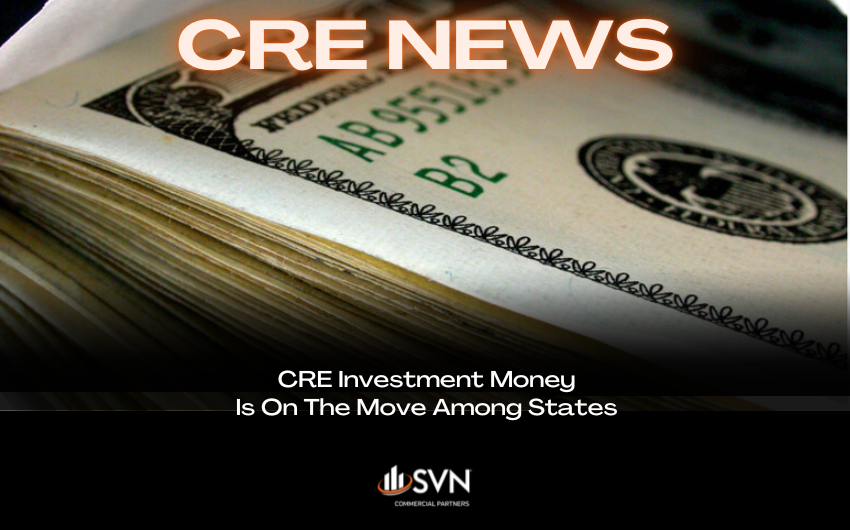 “Follow the money” has for decades been a popular phrase in investigative journalism. But for far longer it’s been a de facto principle in business and investing. A new Marcus & Millichap video addresses the increasing movement of capital between the states.

“Investment into smaller cities has risen sharply and the volume of interstate investment has surged,” says John Chang, senior vice president and director of research services.

In other words, investors are spreading their money out geographically for a number of reasons, including diversification, the search for higher yields, state tax policies, and retirement strategies, “to capitalize on unique market dynamics like migration and demographic trends.”

The firm suggests looking beyond gateway cities at secondary and tertiary markets. In 2011, 46.6% of the dollar volume of capital went into these areas. In the first quarter of 2020, before the full onset of the pandemic, that amount had climbed to 53.1%. Now, the share is 58%, the largest ever, leaving 42% in primary markets.

Concentrate that much money into existing markets and a number of things will happen. One that Chang mentions is that the increased flow is a component of yield compression in the secondary and tertiary markets. The cap rates edge that these markets have over primary markets is only 1.1 percentage points, “the tightest spread since 2009.”

Marcus & Millichap saw its clients in 2021 acquire almost $26 billion in commercial real estate outside their home state. The dollar pace has picked up in the first half of 2022 (though it’s good to remember that dollar comparisons can be misleading given that CRE prices rose, making properties more expensive and potentially totaling higher even if the volume were roughly equivalent). And it means that local buyers increasingly are facing competition from other states. The considerations of out-of-state buyers might include moving to a state with low or no personal taxes, meaning they can likely afford a price premium.

Texas has seen the highest inbound volume of capital going to purchase CRE properties. The firm said the amount it saw customers putting into Texas over the last 12 months was more than four times higher than in 2019, which was previously the peak year. Northeast, Southeast, and Mountain regions saw almost double the amount of inbound capital compared to 2019.

The biggest region for buying out of state was the Mountain one, tripling the amount in 2019. California, too, saw a tripling of moving capital out of state over 2019, reaching $11 billion. Another $7 billion came out of the Northeast, with $4.1 billion hailing from New York.

All the data is from Marcus & Millichap, so can’t be seen as statistically representative of national investment trends.