Construction Costs For Multifamily Housing Rise By Half 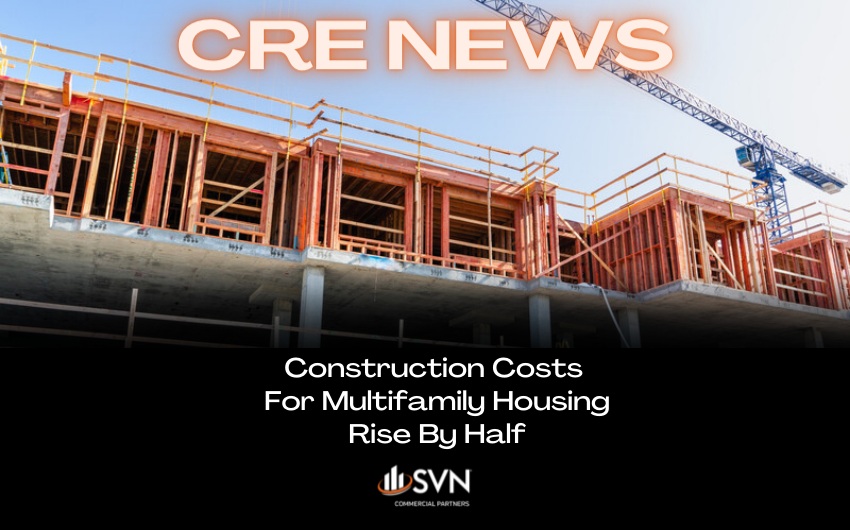 Multifamily developers are still facing delayed shipments of construction material and rising project costs due to inflation and interest rates.

Construction costs are up about 50% for most development projects, said Matthew Jacocks, principal for Lee & Associates South Florida, who specializes in multifamily development.

Developers are getting squeezed, Mr. Jacocks added, “especially if they’re having to build with the price of concrete or having to build on smaller-sized parcels without having to build on podium parking, which is very expensive. Even rent increases are not going to justify some of these developments being built right now. So, you’re going see less inventory coming on the market because of these factors, which is going to exacerbate the housing situation.”

Construction costs should level out in 2023 and the cost of commodities will also go down, he predicted.

“Interest rates will eventually even out, and they’ll get inflation under control.”

“Most of the larger tracts that would otherwise have been available if you go back a few decades are all developed at this point, so that scarcity of land increases the value of any potentially developable land,” he said. “The other factor is just the increases of hard materials. It’s not just the increase of the cost due to less supply, but the ability for transportation and logistics to get those transported from the areas where they’re located.”

Those specific delayed supplies include hardcore materials like steel, concrete, lumber, and then oil base products, Mr. Archambault said. “All of those make the cost of construction much higher than anticipated. And if you’re trying to deliver a product that has either rent or cost control aspects to it to keep them affordable, you have an ever-increasing gap to be able to try to develop that product, because you can only develop what ultimately makes sense economically, and there’s a large gap right now.”

Mr. Archambault said he still sees these challenges to be short-term, saying there will be a way to adjust and for supply to eventually to pick up and meet the demand to bring some of the construction costs down.

“There are evolutions in the way that the materials are created, or alternative products instead of using traditional lumber or traditional concrete methods,” he added. “Those would give you a promise to reduce some of the costs.”

The rising costs and labor shortages have put tremendous pressure on construction at a time when the demand for affordable and workforce housing is at an all-time high in Miami-Dade County, said Raul Rodriguez, head of Miami-based CREI.

“I am currently building an affordable multi-housing project, Li’l Abner 2, a 244-unit low-income multifamily complex in Sweetwater for the elderly and low-income families,” he said. “As we are nearing completion, construction costs have skyrocketed. Recently, Miami-Dade Chairman [Jose “Pepe”] Diaz gave Li’l Abner II a much-needed $2 million grant to help cover the increased cost of construction.”

Without this grant, Mr. Rodriguez said, he would be scrambling to pay for the repriced construction materials, supplies and labor costs, which are nearly 40% higher than they were over a year ago when the construction development was budgeted.

“Without a public-private partnership, where the private sector and the public sector work together, building affordable multi-housing projects is just not possible in this economic environment,” he said. “The repricing is happening to developers across the board, but it is affecting those building affordable and workforce housing the most.”

When developing affordable housing, the cost of construction, as well as the operating expenses, are limited to what can be charged in rent at 60% of the local median income, Mr. Rodriquez explained. “Without public subsidies, nobody in the region can afford to build affordable housing anymore.”

“If the insurance issue continues this way, it would be nearly impossible to build anything affordable, not because of construction costs alone but because of the cost of the operating expenses,” Mr. Rodriguez said. “Unfortunately, increasing density is not a solution because the more affordable units we build per acre, the more we pay in insurance, utility costs, property taxes and other operating expenses.”