Central Offices Are Staging a Comeback 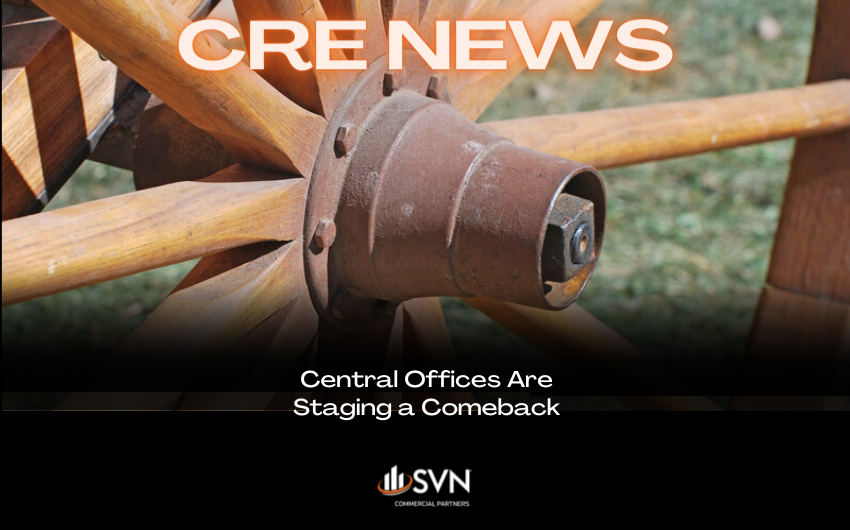 In the early days of the pandemic, experts across the commercial real estate industry consistently opined the market would see companies move toward a hub-and-spoke office-using model to accommodate employees that had moved away from central office locations. But according to a new JLL analysis, investment is increasingly moving back to the hub, less so the spokes.

The hub-and-spoke office model essentially conceived of a company’s headquarters as the hub, with other satellite offices spinning off that hub like spokes on a wheel. But “working patterns have evolved differently than some expected,” JLL analysts note. “For instance, asynchronous work has gained momentum. And employees are content with working at home or going to flexible workspaces to supplement their days in the corporate office…This has companies asking what role their central offices will play, and how to make it worth the commute.”

A recent survey by JLL found that 53% of companies will make working from home permanent within three years while 77% say quality workspace beats quantity. Forty-five percent think collaborative working is one of he primary purposes of office space. The survey, which included more than 1,000 real estate decision makers globally, also suggests that the period from now until 2025 will be a “crucial window of opportunity” for organizations to redefine workplace strategies and create spaces that will effectively lure employees back to the office.

“Clients are asking how to get employees in the office, and part of the answer is through creating a can’t miss experience, whether that’s through requiring a critical mass of people, investing in technology, or creating connectivity that creates a FOMO (fear of missing out) experience,” he says. “The reason to come to the office has evolved. Offices need to be central places to collaborate and connect with co-workers, which is what employees are looking for most right now.”

So can satellite offices work?  Well, maybe. Beaudoin says they do well in places like Europe, where the idea of the 15-minute city is gaining ground. But the U.S. has struggled to adapt, largely because of costs and the difficulties of ensuring one satellite office isn’t competing with another.

“Companies headquartered in large metro areas like New York City could benefit from satellite offices because they tend to have clusters of employees that live in Connecticut, Upstate, or New Jersey,” Beaudoin says. “The same can be said for the Bay Area.”

That also may be true in smaller metros like Dallas-Fort Worth, where satellite offices in the suburbs like Plano or Frisco could make sense.

For hubs to succeed, however, the experience is key.

“Remote working is a lot like online dating. You can do most of it swiping, but eventually, you want to meet in person,” Beaudoin says.