A Look at How Charlotte County is Collecting Hurricane Debris 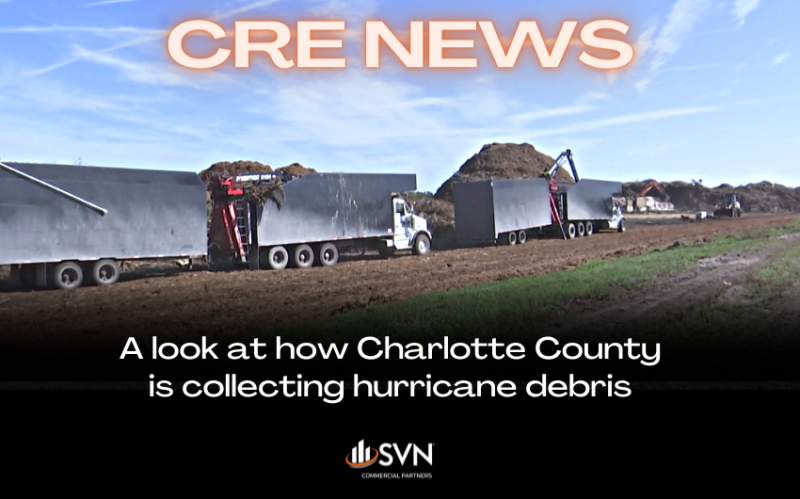 WINK News is getting a look at how crews are picking up the piles of debris in our area. Charlotte County contracted Ashbritt to help with the cleanup.

Multiple sites in the county are close to collecting more than two million cubic yards of debris.

The people who live in Charlotte County might be wondering, ‘where does all of my construction debris go after Hurricane Ian?’ WINK News rode along with Ashbritt to see what happens with the debris you leave by the side of the road.

Trucks owned and operated by Ashbritt travel around the county to pick up hurricane debris and bring it to one of the three collection sites in Charlotte County.

Their biggest fan is 92-year-old Bill Marsh. “It feels great.”

Marsh’s daughter came down from Massachusetts to help her dad after the storm.

Marsh tripped over the debris he was trying to clean up in his front yard. “I poke around here in the backyard. And you know, I’m a bit, a little tired and worn and whatnot.”

“I hope they stay in good health, for sure. Because they got a lot, a lot of work to do in front of them. You know? It’s gonna take a little while to get it done. But I’m sure they will,” Marsh said.

So, what happens to all of the debris after it has been collected? According to the people who run the debris collection site, it will be compacted down. That will take a lot of time and effort, but they say they will be here until every last bit of debris is gone.